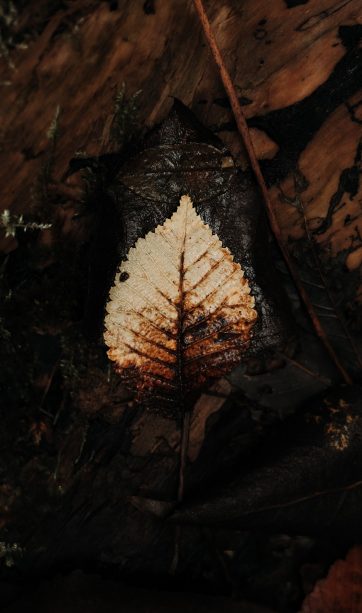 Changemaker in Residence: In Reflection

I am currently developing a Practice as a Research project on how radiophonic language can inform theatre-making, and how Foley Art can be used in a rehearsal room towards theatrical storytelling.

My opportunity at Hawkwood’s Change-Maker Residency was an absolute wonder: the best way to start the year, the perfect space for me to concentrate, to define my artistic development, and be inspired by the building’s great heritage and the natural surroundings. At Hawkwood I read, wrote, practiced Foley Art, had long walks & ate lovely food. I will never forget how one night – it may have been almost midnight, I was still sitting in my chair next to the fireplace in the Library Space and I had loads of writings and different documents spread all over the floor as I tried to figure out the relationship between all my ideas and artistic practices and suddenly – it came to me! I figured out the ingredient missing in my equation, and it was a really good ingredient too! A year later I am still researching, writing & practicing Foley Art, and I’m not worried about expanding too much because I have already figured out how to combine it all together!
Foley Art, the invention of the radio, 1900’s new sound-effects machinery, Kurt Vonnegut’s Shapes of Stories lecture, writings about how fiction works in theatre, theatrical scripts with alternative histories of radio’s origin, an analysis on how entertainment was transformed at the beginning of the XX Century & how advances in sound devices took part in this transformation… all these topics came together thanks to that one idea I had at Hawkwood next to the fireplace after a lovely dinner, whilst looking out the window into the dark and silent fields.
I like to think that Hawkwood and I established a great artistic relationship with many more great ideas to come!

Radio has been at the centre of many households for over a Century, bringing listeners the best music, entertainment & news. But Radio’s best stories are hidden behind the scenes: how it was invented, who was inspired by it, its breakthroughs, its legal battles, it’s DJs, ventriloquists, best announcers and radio actors… RADIOPHONICS is a story about all this… and more!

Listen here for a short Work-In-Progress Story about the discovery of radio waves in the late 1800’s. This fragment is made by mixing of Foley sounds and pre-recorded music. It was created at my Residency at Hawkwood College. 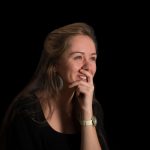 In 2019 she was awarded DYCP by Arts Council England to experiment how to use her knowledge as a Theatre Technician to explore storytelling in theatre: she developed a writing-practice based on combining sound, light & storytelling, & Eva was granted Artists Residencies at Hawkwood College for Future Thinking (UK) & Fossekleiva Kultursenter (Norway). In 2021, she is one of the selected female Artists/Producers at RashDash Mentorship Programme, and she is also sharing online CPDs/Webinars & showcasing her exploration on sound & storytelling at online platforms “WeTeachDrama” by Lucy Bellingham, & “We’reAllBats” by Joel Cahen (Newtoy). Back in 2011, she won Best Young Playwright at The CocaCola Foundation Buero Awards (Spain) & in 2020 she was commissioned by the Spanish Cultural Embassy (CCECR) to write radio documentaries about rural communities inland Spain. Mother from Madrid, father from London – her dual heritage is important to her work.
Eva studied BA Theatre & Professional Practice at University of Bedfordshire (2011) & MA Performance Practice as Research at Royal Central School of Speech & Drama (2016). She trained as a Technician with Northern Stage & at Edinburgh Fringe Festival 2016, and works as Technician & Production/Stage Manager for companies & practitioners such as Graeae Theatre, Rhiannon Faith Dance Company, Omnibus Theatre, Figur i Fossekleiva Festival, CircArt, Almadraba Teatro, sean burn, Selma Dimitrijevic, Scott Turnbull, Ed Gaughan, etc.