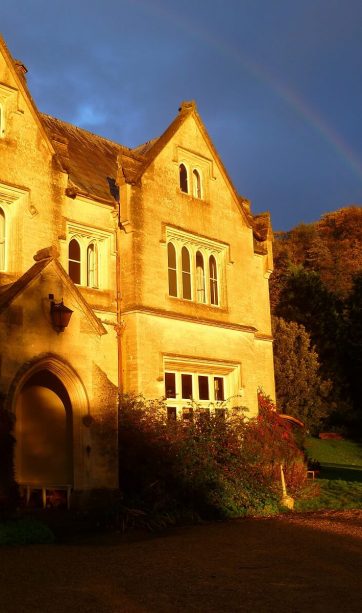 A place where time works differently

Hawkwood Centre for Future Thinking is a place where time works differently. Where the incessant ‘next thing, next thing, next thing’ mentality of making and doing is replaced with an attitude of reflection and a more methodical process of decision making. And with that comes a more measured, ethical, creative and exciting way of working.

I am a proud Londoner, but at times, especially the times we live in currently, the city can feel like it’s sitting on you, not giving you the space to breathe and think. That’s why it’s important to escape this, when the opportunity presents itself, which not only refreshes and enhances appreciation of the natural environment, but also the city that you return to.

Alongside fellow performance artists Tim Redfern (aka Timberlina) and Tom Marshman I was lucky enough to be an Artist in Residence at Hawkwood in September 2020. Within Hawkwood’s incredible and inspiring surroundings we explored how our work intersects and what we collectively are interested in making and saying. This would not have happened without the opportunity that Hawkwood gave us.

It has to be said again; this new creative relationship, set of ideas and ways of working simply would not have happened without Hawkwood College.

We left Hawkwood with our heads, hearts and stomachs full, and we also left with a nub of an idea which we plan to flesh out further, a performance around the industry of nostalgia, and what this says about contemporary Britain. It has to be said again; this new creative relationship, set of ideas and ways of working simply would not have happened without Hawkwood College.

Thank you Hawkwood, and I really hope to visit again soon.

Dan de la Motte is a performer of live art and comedy. His work is influenced by Queer heritage, in particular the work of the Gay Liberation Front (GLF). Elsewhere he is a storyteller and workshop facilitator for children, a curator and producer of exhibitions and digital work and a councillor for Equity. Recent work has been with/for/at; Arcola Theatre, Alexandra Palace, Battersea Arts Centre, Camden People’s Theatre, Fevered Sleep, Museum of London, Southbank Centre, Young Vic. @Dandelamotte