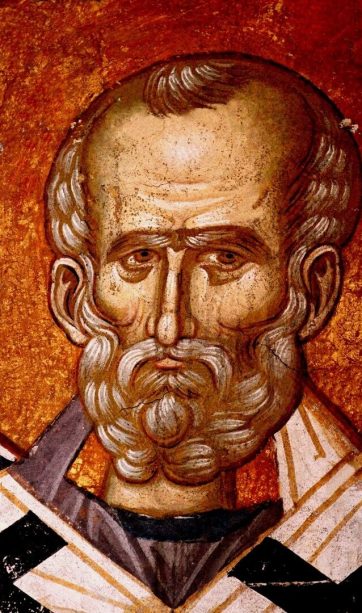 An interview with our tutor, Nikita Andrejev

Is Iconography primarily a religious practice in former times? When did it become available to laypeople & even those not allied to a Christian tradition?

We know very little concerning the identities of the ancient iconographers. Some of them were monks with a high level of spiritual life, like St Andrei Rublev who painted the famous Trinity, and St. Alipiy of the Kiev Caves. But whatever their background, at least on some level the painting would require entering into a relationship with the saints depicted, with the dogmas and tenets of the faith. Icons on display in churches were by definition designed for lay people’s appreciation.

This is all the more the case in our own times, where icons can be enjoyed as works of art but have an appeal that goes beyond superficial beauty and technical skill. There is a general hunger for spirituality in the West. The rediscovery and appreciation of the Eastern Church’s Orthodox iconography is very much part of this. An icon is at base a spiritual portrait, suggesting the mystery of the divine – yet whatever one’s beliefs, what could be more universal than a simple yet attentive depiction of a human face?

The two spheres of painting and teaching certainly feed into each other. I teach based on the experience of my own painting. But many times it’s when in a workshop that I’m better able to test out or implement a ‘plan’ for a given stage of the painting, say a certain colour combination. Perhaps because in a class, where many students are painting one and the same subject, you have the chance to see one and the same plan, the same paint combinations, unfold in ten or twenty very different ways! You can see the limits of what is possible, the potentials as well as the difficulties.

Perhaps more importantly, though, when taking a workshop you have to be very focussed, very time-conscious. You are responsible for other people, and this is always a challenge, but also an opportunity to grow, by observing and learning from others. So from one perspective, workshops are very good for the teacher! Whatever the balance between my role as painter and teacher, I don’t see myself as a fount of knowledge – as iconographers, we are all at various stages of learning.

Where did you learn the art of icon painting?

I learned the skill of icon painting from my father. As a child, I watched him both painting and teaching in his studio. Icons were at the centre of his life; not just professionally and spiritually, but socially, too. Both my parents enjoyed entertaining his students to meals and to an annual ‘open house’.

I loved the sense of peace, of safety, in his studio. But I also enjoyed learning the practical skills of how to draw, to paint. This gradually developed into assisting him with aspects of creating the icons he worked on. As a teenager I would accompany him to summer workshops and acting as his translator. But by then I had already realised that my future was as an artist, creating icons and teaching iconography.

Nikita Andrejev is an iconographer-instructor who has learned his craft through a lifetime immersion. For years he apprenticed to his father, Vladislav Andrejev; complimenting this experience with postgraduate theological studies in Paris and the United States. As a member of the faculty team of the Prosopon School, Nikita has contributed to the development of unique teaching methods. The resulting workshop experience enables participants to create and grow through their icon making, developing spiritually through each icon. Since its founding in the 1980s, the School has rediscovered lost techniques of the ancient art of liquid egg tempera and has helped ignite a renewed interest in icons across the USA and the western world.

He will soon be running his course, “Icon Painting in the Russian Byzantine Style” (15-21 Dec) as part of the Hawkwood Programme