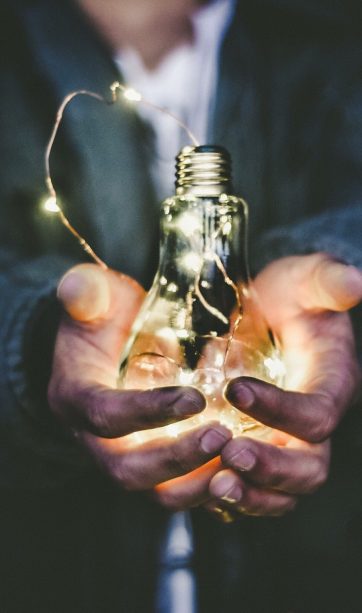 It’s often said that hard times breed strong people. That when the world is going through tough times, strong leaders will drive us toward a better future. With climate change at a critical stage, and conflict in Afghanistan, now is the time for leaders.

“Every unfolding moment is extraordinary. Whether it is the event itself, or the time, … or place…” – Trevor Bentley

What many outlined as an important aspect of leadership is knowing the past. What may at first seem obvious, is something that often gets overlooked. Most said learning from the mistakes and strengths of others helps us know ourselves. Everything started somewhere.

At the same time though it’s important to be optimistic about the future. With all the strife in the world at the moment it’s easy to lose yourself in a sea of negativity. If you truly want to change that, it’s important to believe the future could be a better place. A famous saying comes to mind; “you must be the change you want to see.”

But while the past and the future are both important, it’s equally important not to let go of the present. If we dwell too long on the old we can’t make space for the new. If we spend too much time on the future we’ll lose sight of the present. Moving the mountain begins with a single stone, after all.

“the more people we can inspire and engage through this simple yet powerfully optimistic idea, the more our world and humanity’s relationship with it will transform for the better.”
– Alan Moore

The community also plays a pivotal role in transformation and leadership. After all, what is a leader without a community to lead? Though there were a few different approaches to the leader’s role, two key points stood out most.

The first was that being a leader is about empowering others. A leader can’t lead alone, and changing the world is not done with a single voice. When we work together, sharing ideas and building brighter, our impact is stronger. A single stick can be broken, but all together they are indestructible.

The second was that leadership is about providing an example. Throughout history, the best leaders that affected the most change led through action. No leader should make anyone do anything they wouldn’t do themselves. But if change begins with you, this step should be your first anyway.

Most importantly of all though, every response talked about the self. The first step to becoming a leader is having confidence and belief. Without honestly enjoying your work, and having the drive to change, you can’t transform the world. However, its as easy as that.

Wanting to change the world is enough.

“We are such stuff as dream are made on…”
– Shakespeare

For more information on Hawkwood’s leadership courses, read up on The Leader Within, The Regenerative Path, Set up Your Own Successful Social Business, Archetypes at Work, and Facilitation for Positive Change.